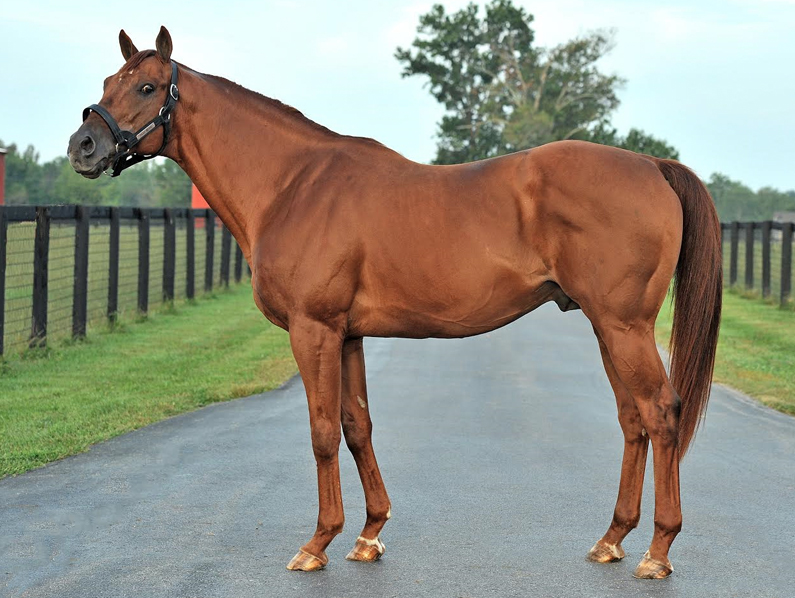 Pass Rush’s multiple stakes winner Completed Pass parlayed an ideal trip in the King T. Leatherbury Stakes at Pimlico on April 24 into a game victory in the $100,000 turf affair at five furlongs.

Ridden by Angel Cruz, Completed Pass broke alertly and stalked the pace set by Francatelli who opened two lengths on the field in the early going. Completed Pass ranged up three-wide on the far turn, took a short lead in upper stretch, and surged clear late to defeat the early pacesetter by three-quarters of a length at the finish. Completed Pass stopped the clock in a lively :56.52.

Pass Rush, a perennial leading sire in Indiana, enjoyed a stellar racing career. He was a consistent stakes performer from ages two to six and scored his biggest win in the 2003 San Fernando Breeders’ Cup Stakes (G2) at Santa Anita en route to lifetime earnings of $594,603. Pass Rush is by Crown Ambassador (a son of Storm Cat) and is produced from the stakes-winning mare Profitable Knight, a daughter of Knight. Pass Rush stands for $1,500 S&N.